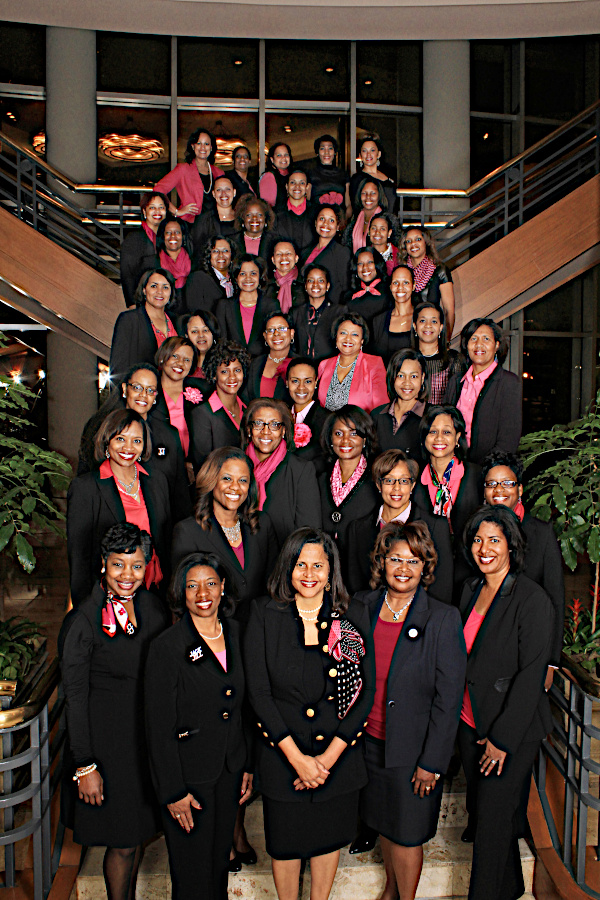 History of the Jacksonville Chapter

It all started with Alma Daniels, Betty Davis, Iva Grant, Helen Gregory, Doris Hallmon, Frankie Handy, Laurice Hunter, Bernice Jackson, Joyce Lawson, Lorita Martin, Delores Shaw, Bennetta Sherard, Joan Spaulding, Marian Walker, Norma White, and Lydia Wooden who were a dynamic group of women dedicated to improving the lives children in their community. By the winter of 1968, this group had earned permission from the National organization to start a local chapter of Jack and Jill of America in Jacksonville, Florida.

During its first year of existence, the Jacksonville Chapter of Jack and Jill of America became known throughout the southeast region as an outstanding chapter in spite of its youth. The Chapter made significant contributions to the local community through such projects as providing services to needy families; services to child care centers, and assisting residents of the Eartha White Home. The legacy of the Jacksonville Chapter’s early community involvement and commitment to youth, which began during an era when the Chapter supported children and families in a community challenged with issues such as school de-segregation and busing, has left a lasting mark of cultural and community pride.   The Jacksonville Chapter continues to work to promote the image and awareness of a united, caring, and community-involved Black family organization in the greater Jacksonville community.

Over the past 50 years, the mothers of the Jacksonville Chapter of Jack & Jill have worked to develop and execute programs which reflect the true purpose and objectives of the National Organization while meeting the challenges of change.  To that aim, the Jacksonville Chapter has focused its current program year to promoting the “Power to Make A Difference”.  A highlight of the Chapter’s programming includes the following:

In September 2014, the Jacksonville Chapter was awarded a grant from the Jack and Jill Foundation for its “A Pathway to Manhood” providing the opportunity to touch and impact the lives of thirty 9th – 12th grade community young men through teambuilding, leadership, finance and life skills workshops.

On March 4, 2017, the Jacksonville Chapter hosted its fifteenth biennial Les Beautillion Militaire at the World Golf Village, where 17 beaux were presented to society after five months of activities including leadership workshops, community service, and mentoring.

Through the collaborative efforts of these 17 young men and our chapter mothers, the 2017 Beautillion was the most profitable in our 34-year history of hosting this event in the Jacksonville community, raising a record $30,000! The Jacksonville Chapter is proud to promote educational excellence and achievement to deserving Jacksonville students through both its Shannon Smith McCants Memorial (SSMM) Scholarship and our Leadership Emerging As Dreamers (L.E.A.D.) Scholarship. In May 2017, we inducted 15 exceptionally talented mothers into our chapter at Marsh Landing Country Club, once again these mothers have come into our organization fully embracing our national theme “The Power to Make a Difference”.

Due to all of our phenomenal efforts during the 2017-17 Program year, we were able to contribute the most monies in the history of our chapter to the Jack &amp; Jill of America Foundation, which garnered four notable Foundation awards for our chapter at the 2017 Mothers Regional Conference in West Palm Beach. In addition, we were able to award an additional $11,500 in scholarships through the Shannon Smith McCants and L.E.A.D. Scholarships, as well as make a total of $5,000 in donations to other philanthropic National and local organizations, such as: the March of Dimes, Sickle Cell Fund, Inc., Children’s Defense Fund, Boys and Girls Club of NE Florida, American Heart Association and the Jacksonville Chapter of Kappa Alpha Psi Foundation, Inc.

An objective testament to the positive impact the Jacksonville Chapter’s work has had on the Jacksonville community occurred when it was recognized by a distinguished peer service organization with which it has collaborated on many projects. On April 15, 2016, Kappa Alpha Psi Fraternity, Inc. awarded the Jacksonville Chapter the “2016 Outstanding Community Service Award” at its Eighth Annual Public Meeting. As we continue our 50 year plus Jack and Jill journey, rich with tradition and culture, the Jacksonville Chapter strives to continue service to our community, and embracing the sentiment expressed in our National Hymn; to grow leaders in our children and all children as we gain their trust, help them to believe in themselves, we must bestow ever opportunity possible for them to achieve and excel as they reach their full potential…Long live Jack and Jill!!